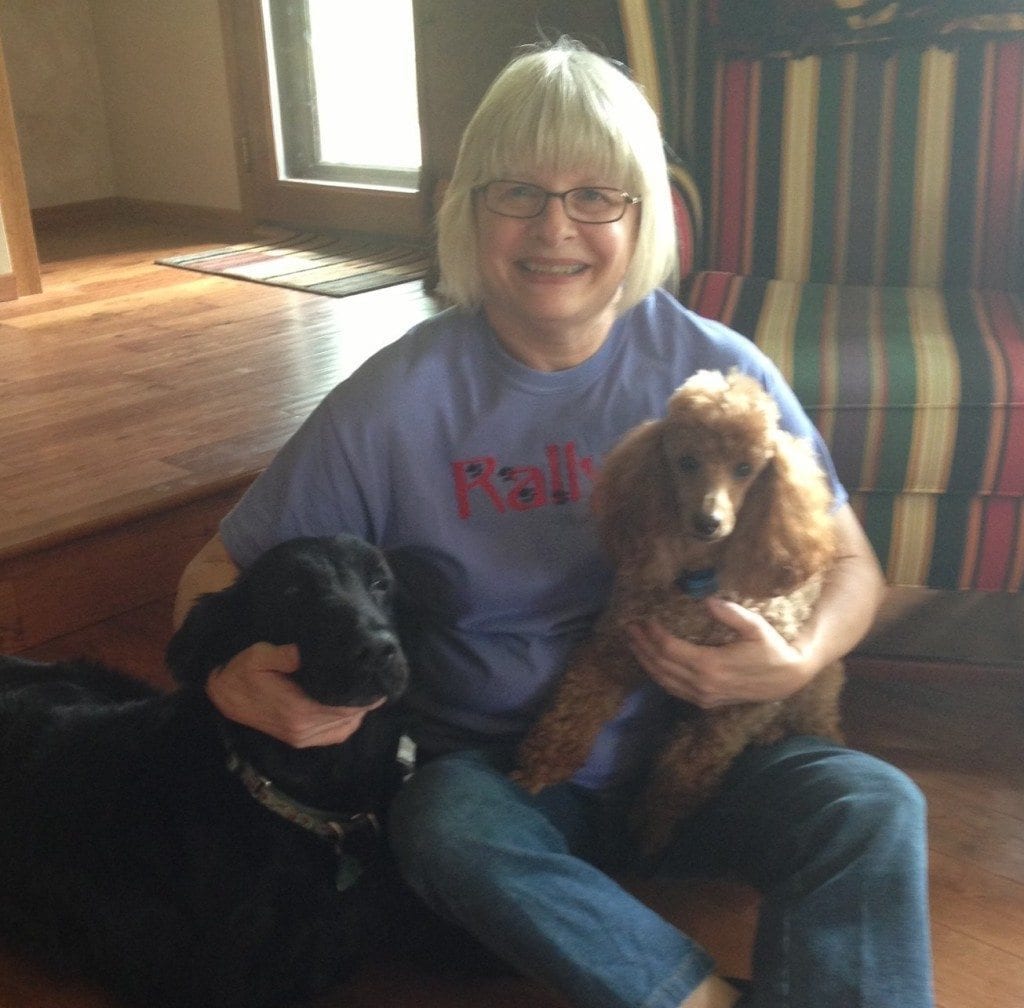 Deb has been breeding, training, showing and competing with her dogs since 1983. She has achieved titles in agility (UKC and AKC) , rally, competition obedience and conformation in AKC. The majority of the dogs (flatcoated retrievers and miniature red poodles) that she has titled, are from her own breeding program.

Along with working with her dogs, Deb continues to stay active as an AKC rally judge, AKC Canine Good Citizen evaluator, Alliance for Therapy Dogs and providing puppy/dog classes using THE THIRD WAY training methods by Chris Bach. At the present time, she is a level 1 trainer and is working on levels 2 and 3. With experience in 4H and additional AKC certificates (AKC Trick Dog and additional Canine Good Citizen levels), Deb continually strives to make her classes dog friendly and fun for both dog and trainer.

After retiring as a kindergarten teacher for 23 years, her life still remains challenging only now through the eyes of our most wonderful companions. 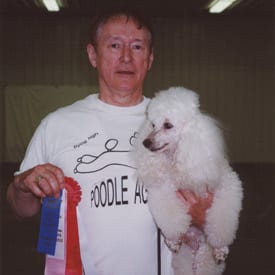 Clay has been training and competing with dogs since 1985, and remains active in competition. His poodles have achieved six AKC utility dog titles, four UKC utility dog titles, and two UKC champion titles in obedience. After the introduction of agility in the mid-1990s, he added agility to his training and competing repertoire, and has achieved eight master championships in AKC on two different dogs.

He also has several UKC agility championships on three different dogs. Clay holds an MS degree from the University of Wisconsin-Madison and has many years of experience teaching in the public schools.

Achieved 117 titles over the course of 34 years. The most recent title was by Special Gift(Rudy). It was the AX(agility excellent) in April 2019.

Total titles earned by Clay are 117 on eight different dogs, all miniature poodles

Every once in a while we send out an email with training tips, upcoming classes, an occasional dog meme and other "Dog" things. *We hate SPAM too, your email is safe with us.

We use cookies to ensure that we give you the best experience on our website. If you continue to use this site we will assume that you are happy with it.Accept